The Mentality of Mass Murder: Lecture and Exhibition

In the 20th century, mass violence against unarmed civilians has claimed three to four times more lives than conventional warfare: one hundred million at least, and possibly many more. From Auschwitz to Cambodia and from former Yugoslavia to Rwanda, large-scale killings have required the efforts of hundreds of thousands of perpetrators who were ready to kill, indiscriminately, for many hours a day, for days and weeks at a stretch, and sometimes for months or even years. In this lecture, Prof. Dr. Abram de Swaan (Department of Sociology – University of Amsterdam) aims to unravel the logic behind such acts of extreme violence. He argues that a more adequate understanding of mass violence pushes us beyond questions of “human nature” or psychological pathology to an analysis of the social structures that produce the “mentality of mass murder”. The lecture is part of the course “Current Issues II” from the Bachelor in Social Sciences, where we focus on “hidden conflicts” this year.

This public lecture coincides with the opening of the exhibition “Hidden Conflicts” organized by the second year students of the Bachelor in Social Sciences. 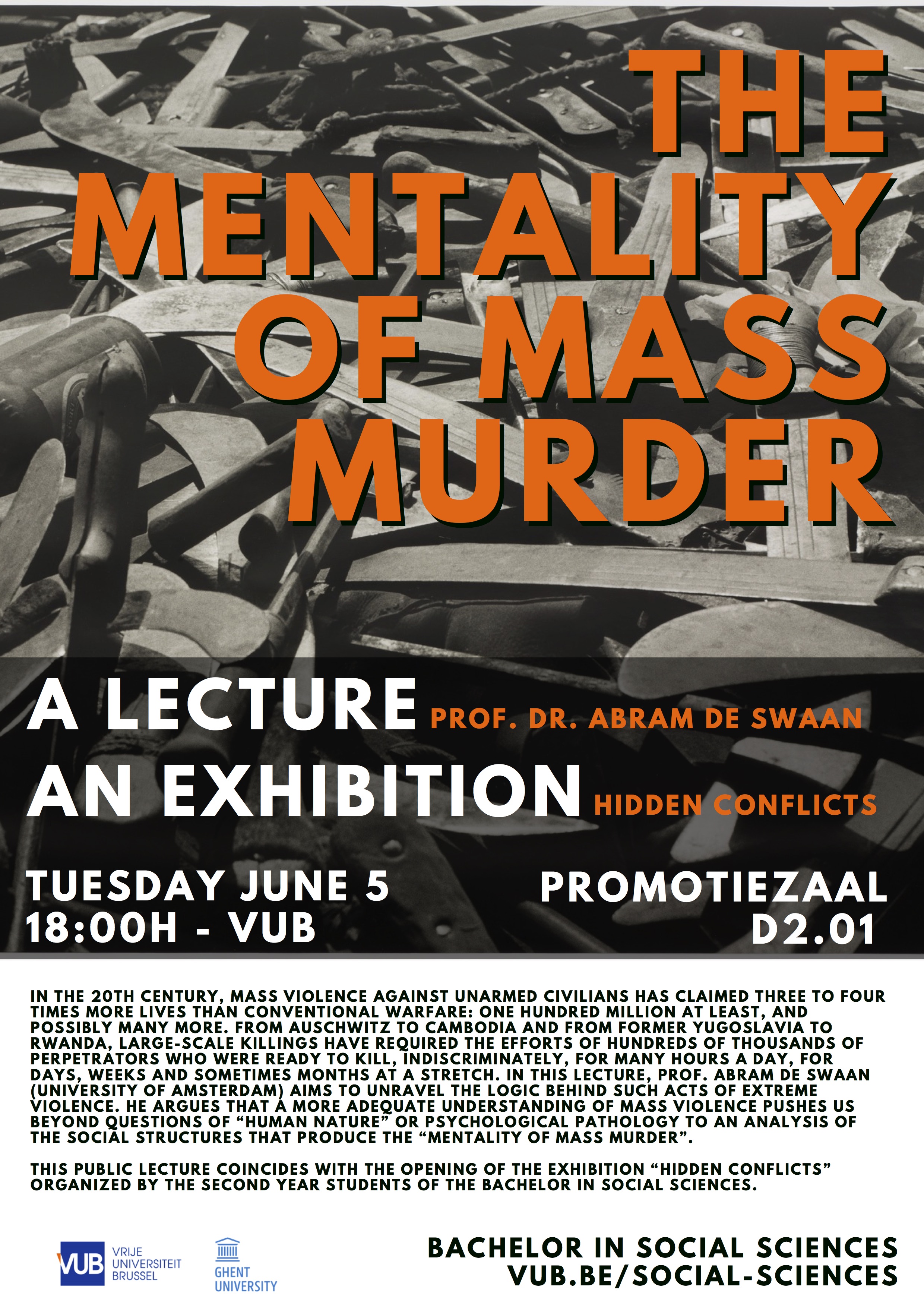